I just can’t resist. I’m looking at my blog, and there’s an ad for something that gets rid of toenail fungus right under my post. Toenail fungus! I must write a story.

Fred was a lucky little fungus dude, born on a beach like that. He spent his days dodging crabs and those weird sand bugs and big feet. He hid under driftwood at noon, preferring dark; and ran from the high tide laughing like a fool. He enjoyed the leavings of picnickers and lived in children’s sand castles until the waves obliterated them. Livin’ the good life.

Until that fateful day. He had climbed to the keep of his current castle to check the weather when the world went dark. And collapsed on him.

He squeezed between skin and sand until he saw light, crawled up in a space and climbed up to a rock, or what felt like a rock. Acutally it smelled like food, so he dug in. And then the food began to jerk and jump, a roller coaster effect. Fred hid in a crack and hung on for dear life.  After a wild ride, the food finally stopped in a ray of sun. Fred wasn’t crazy about sun, but suddenly a black cloud covered it. He went back to consuming the delicious yummies he’d been so fortunate to find. Only, it wasn’t long before something hard and smelly squeezed him back  into the crack.

Oh well, there were munchies in there, too. He kept chewing, day after day.

Until another fateful day that reminded him of that Raid commercial. First, there was this dagnasty smell. Then he was swimming in acid,  screaming for help. He climbed up on the rock and shook himself off, breathing hard. Here came that black whatever that was again. It wiped up the acid and the smell dissipated. 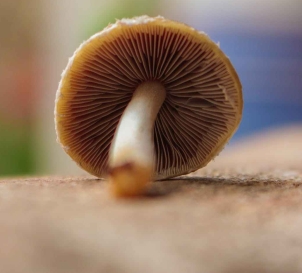 Fred, who was developing a pot belly, but we won’t mention that, resumed his meal. About every 24 hours he gets an acid bath, but he doesn’t mind. It doesn’t affect the delicacies he dines on.

As far as anyone knows, he’s still at it.

Andy, my dentist, says I need to blog more. I always take my dentist’s advice, including brushing and flossing twice a day. Well, almost always. I wonder if dentists floss and brush twice a day? Even on days when they have people with rotten teeth in their office or somebody sneezes all over their protective gear, or the computers all go down? Oh never mind. I was there because I have developed a gap between two teeth that catches everything but men and money, a line I have borrowed and remodeled from Steel Magnolias, my all-time favorite movie, which tells you a lot about me. OK, so this was just the warm up. Now you get the real blog. Andy seems to think you are out there waiting with baited breath for what I am about to write. Baited breath? Wait! My Uncle George used to make stink bait to catch catfish with that smelled like Lazarus must have when Jesus raised him from the dead. If your breath smells like that, go brush your teeth, Andy would be proud. Where’s my dictionary?
This is making me think of when I used to write Friday Stories back before First Baptist became Crosspoint or is it Crossword or Crossstitch or … never mind. The thing was, I had to write the church newsletter on Friday, and about noon it became mind numbing. So I would take a break and write drivel, at which I am very good, in case you haven’t noticed, and the doing of which returns me to sanity, well almost. So Friday Stories were emailed to the staff left behind on Fridays, those who hadn’t gone golfing. After that I could resume my mindless stringing together of letters while entoning the mantra, “I love my job, I love my job, I love my job.” I have heard through the grapevine, (Are you hearing music in your head?) that those stories still circulate. I believe that is a good thing. You do not care about this, do you? I shutteth up.
OK, now I’m really going to get on with it. Really. Um, lemme see. (It’s so much easier to write drivel.)
Truth or dare. This week I had a conflict. In the old days I would have lain down and encouraged the conflictee to step on me. However, I have been attempting to move my pendulum more toward the center, so I said something along the lines of “What the heck!” only to find out that the conflictee’s father had had a heart attack this week and set off her asthma along with a bit of confusion as regards her work. So, what’s the point?
The point is we often don’t know what a person we are communicating with has on their plate this week, or even today. Therefore, dear reader, we should be slow to “What the heck!” and attempt to gentle our responses. On the other hand, there is no need to place a sign on our backs that says “Kick me.”
I can hear you. You’re saying how the heck do I know how to find the middle ground. Aw yes! Have I not asked that very question myself, or meself as Nellie would say (who is Nellie? – you will find out grasshopper, or my name is not Jane, Sally). The answer is: Before you act, talk it over with God. You do not know the answer. About anything. But He does. Isn’t that comforting? And if you ask, He will tell you. If He says nothing, do nothing. It has taken me 1,467, 234, 899 screwups to discover this. I would be tossed out of a 12 step group. I am still practicing. Do not expect me to be any smarter than this.
Wait, yes I can! It is not baited breath, but bated breath as in: breath held in because of excitement. I ain’t changing it, though. The top part was pretty funny. You’re welcome, Andy