Get ready, this one’s going to be long. I’ve been reading The Four Loves by C.S. Lewis and I came upon this section under affection that helps me deal with people in my life. I hope since I’m not getting paid I can share it with whatever public I have, and I hope it helps some of you, too. Get ready for a huge quote: 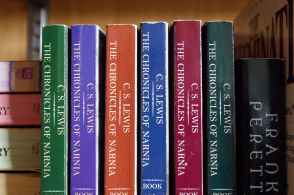 Photo by Pixabay on Pexels.com

“It would be absurd to say that [King] Lear is lacking in Affection. In so far as Affection is need-love he is half-crazy with it. Unless, in his own way, he loved his daughtrs he would not so desperately desire their love. The most unlovable parent (or child) may be full of such ravenous love. But it works to their own misery and everyone’ else’s. The situation becomes suffocating. If people are already unlovable a continual demand on their part (as of right) to be loved – their manifest sense of injury, their reproaches, whether loud and clamorous or merely implicit in every look and gesture of resentful self-pity — produce in us a sense of guilt (they are intended to do so) for a fault we could not have avoided and cannot cease to commit. They seal up the very fountain for which they are thirsty. If ever, at some favoured moment, any germ of Affection for them stirs in us, their demand for more and still more, petrifies us again. And of course such people always desire the same proof of our love; we are to join their side, to hear and share their grievance against someone else. If my boy really loved me he would see how selfish his father is … if my brother loved me he woudl make a party with me against my sister … if you loved me you wouldn’t let me be treated like this …

And all the while they remain unaware of the real road. ‘If you would be loved, be lovable,’ said Ovid. That cheery old reprobate only meant, ‘If you want to attract the girls you must be attractive,’ but his maxim has a wider application. The amorist was wiser in his generation than Mr. Pontifex and King Lear.

The really surprising thing is not that these insatiable demands made by the unlovable are sometimes made in vain, but that they are so often met. Sometimes one sees a woman’s girlhood, youth, and long years of her maturity up to the verge of old age all spent in tending, obeying, caressing, and perhaps supporting, a maternal vampire who can never be caressed and obeyed enough. The sacrifice — but there are two opinions about that — may be beautiful; the old woman who exacts it is not.

The ‘built-in’ or unmerited character of Affection thus invites a hideous misinterpretation. So does its ease and informality.

We hear a great deal about the rudeness of the rising generation. I am an oldster myself and might be expected to take the oldsters’ side, but in fact I have been far more impressed by the bad manners of parents to children than by those of children to parents. Who has not been the embarrassed guest at family meals where the father or mother treated their grown-up offspring with an incivility which, offered to any other young people, would simpy have terminated the acquaintance? Dogmatic assertions on matters which the children understand and their eleders don’t, ruthless interruptions, flat contradictions, ridicule of things the young take seriously — sometimes of their religion — insulting references to their friends, all provide an easy answer to the question ‘Why are they always out? Why do they like every house better than their home?’ Who does not prefer civility to barbarism?

If you asked any of these insufferable people — they are not all parents of course — why they behaved that way at home, they woud reply, ‘Oh, hang it all, one comes home to relax. A chap can’t be always on his best behaviour. If a man can’t be himself in his own house, where can he? Of course we don’t want Company Manners at home. We’re a happy family. We can say anything to one another here. No one minds. We all understand.’

Once again it is so nearly true yet so fatally wrong. Affection is an affair of old clothes, and ease, of the unguarded moment, of liberties which would be ill-bred if we took them with strangers. But old clothes are one thing; to wear the same shirt till it stank would be another. There are proper clothes for a garden party; but the clothes for home must be proper too, in their own different way. Simlarly there is a distinction between public and domestic courtesy. The root princple of both is the same: ‘that no one give any kind of preference to himself.’ But the more public the occasion, the more our obedience to this principle has been ‘taped’ or formalised. There are ‘rules’ of good manners. The more intimate the occasion, the less the formalisation; but not therefore the less need of courtesy. On the contrary, Affection at its best practices a courtesy which is incomparably more subtle, sensitive, and deep than the public kind. In public a ritual would do. At home you must have the reality which that ritual represented, or else the deafening triumphs of the greatest egoist present.  …

‘We can say anything to one another.’ The truth behind this is that Affection at its best can say whatever Affection at its best wishes to say, regardless of the rules that govern public courtesy; for Affection at its best wishes neither to wound nor to himiliate nor to domineer. You may address the wife of your bosom as ‘Pig!’ when she has inadvertently drunk your cocktail as well as her own. You may roar down the story which your father is telling once too often. You may tease and hoax and banter. You can say, “Shut up. I want to read.” You can do anything in the right tone and at the right moment — the tone and moment which are not intended to, and will not, hurt. The better the Affection the more unerringly it knows which these are (every love has its art of love). But the domestic Rudesby means something quite different when he claims liberty to say ‘anything’. Having a very imperfect sort of Affection himself, or perhaps at that moment none, he arrogates to himself the beautiful liberties which only the fullest Afffection has a right to or knows how to manage. He then uses them spitefully in obedience to his resentments; or ruthlessly in obedience to his egoism; or at best stupidly, lacking the art. And all the time he may have a clear conscience. He knows that Affection takes liberties. He is taking liberties. Therefore (he concludes) he is being affectionate. Resent anything and he will say that the defect of love is on your side. He is hurt. He has been misunderstood.

He then sometimes avenges himself by getting on his high horse and becoming elaboratley ‘polite’. The implication is of course, ‘Oh! So we are not to be intimate: We are to behave like mere acquaintaneces? I had hoped — but no matter. have it your way..’ ”

As you breathe a sigh of relief, I call a halt. Lewis doesn’t acutally say how to deal with someone like this in your life, but I think if we chew on it a while, that will become clear.  Thinking this through should do me a world of good, and I hope that it will also do some of you a world of good. Have a nice, thoughtful day.

3 thoughts on “Affection with Thanks to C.S. Lewis”